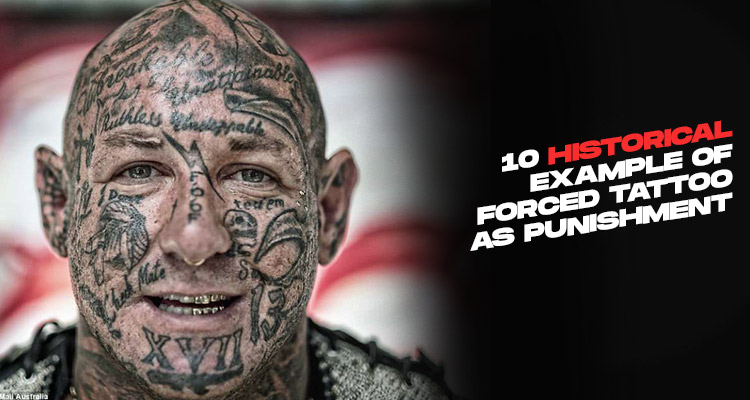 The history of tattoos goes back thousands of years, however, they were not always used only for aesthetic purposes. From ancient times there are many examples of forced tattoos, which were used both to punish people and as symbols to restrict their freedom. In ancient Greece, forced tattoos marked slaves who had committed a crime, often reflecting its essence in the tattoo itself. Subsequently, such tattoos were extended to free citizens found guilty of crimes. During Athens’ war with the island of Samos, tattoos began to be used to mark prisoners of war. The Athenians were the first to tattoo their prisoners with branding in the shape of a Samoan ship, the “Samena”, and the Samoans in retaliation began to brand their prisoners with an owl, which was a symbol of the goddess Athena. The tattooing of the forehead made the process even more humiliating, and it was not easy to escape with such “conspicuous” adornment.

2. Tattoos In The Byzantine Empire

Forced tattoos in the Byzantine Empire

Byzantium inherited its attitude toward tattoos as punishment from Rome and Greece. In 793 AD during the reign of Emperor Constantine VI, there was a rebellion in the province of Armenia. The revolt was suppressed, its instigators were killed, and the remaining participants were punished with fines and confiscation of property. In addition, about 1000 people were tattooed with the phrase “Traitor from Armenia” to give them more of a deterrent. A few decades later another Byzantine emperor, Theophilus, ordered the tattooing of two monk brothers convicted of worshipping icons. At the time, iconoclasm, a movement in which sacred icons were considered idols and the cult of their veneration idolatrous, was widespread in the empire. Monks had a tattoo on their foreheads in the form of a poem consisting of 12 lines describing the “crime” these unfortunates committed and the subsequent retribution. 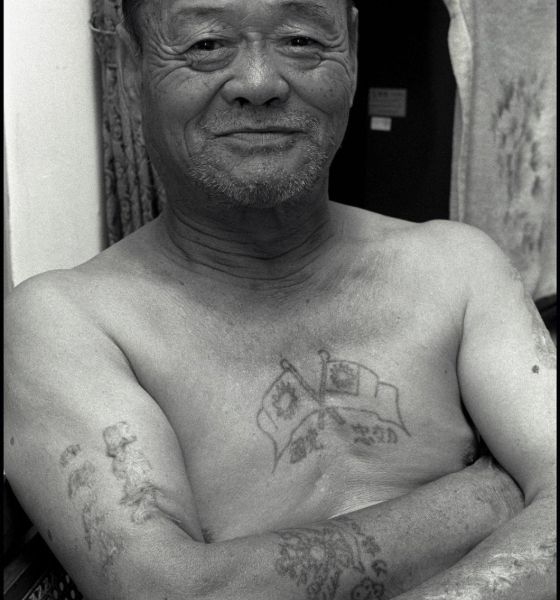 In ancient China facial tattooing was also part of the punishment system. It was applied to especially dangerous criminals and was called “ink punishment. The penal codes of the Song and Yuan dynasties describe the types of crimes for which tattoos were used. For a crime punishable by banishment a tattoo in the shape of a square was made behind the ear. The tattoo behind the ear was a circle after a corporal punishment (flogging) was administered. If the number of corporal punishments reached three times, the tattoo was already applied to the face. A couple found guilty of debauchery more than once was tattooed with the phrase “committed debauchery twice” on the face followed by banishment. 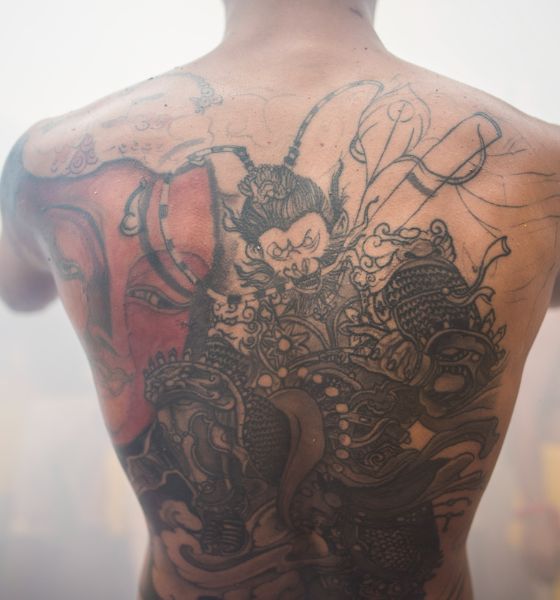 The Japanese in ancient times also used tattooing as a punishment for particularly grave crimes. Images in the form of bars, crosses, circles (sometimes even the inscription “dog” was used) were applied to the forehead in these cases. The presence of such a tattoo meant imminent rejection (ostracism) for its wearer by both his family and the entire community. In the late 17th century, when decorative tattoos became fashionable in Japan, tattooed criminals had the opportunity to hide their past under a new colorful design. In Japan, however, tattooing is still often associated with criminals, thanks to the Japanese Yakuza Mafiosi, whose bodies are covered entirely in tattoos.

5. Tattoos Of Criminals In Australia 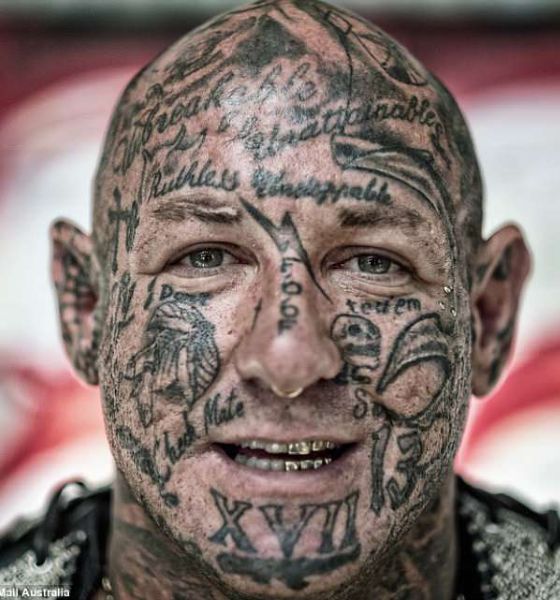 During the 19th century colonization of Australia, the British government tattooed and branded Aboriginal people in order to ensure complete control over them. Many Aborigines exiled to penal colonies were already labeled as criminals. However, some of them managed to completely change even the meaning of the tattoo. One inmate named Aaron Page transformed the letter “D” on his chest, which stood for “deserter”, into the national flag of the United Kingdom, thus replacing the symbol of treason with a symbol of patriotism. After this incident, British authorities in Australia banned tattooing criminals at night, so that they would not have the opportunity and free time to change it. 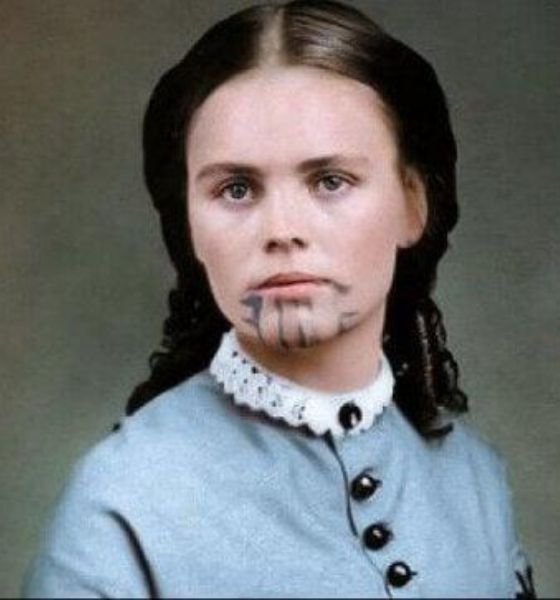 Attacked by Yavapai Indians heading west in search of a new haven. Most of the family was killed, and Olive and her sister were taken captive and then sold to the Mojave Indians. Her sister starved to death in a dry year, as did many Indians, and Olive lived among the Mojave Indians for about 4 years. Word of her soon reached the white men, and in 1856, after successful negotiations with the Indians, she returned to her own, having a tattoo of several blue lines on her chin.

In later accounts of herself, Olive described her face and arm tattoos as the “slave marks” that the Mojave Indians made on their captives. However, after Olive’s death, historians concluded that all Mojave women actually had such tattoos and that they meant belonging to this tribe. But to the American society of those years, it was much more pleasant to listen to stories about how a white woman was captured by cruel Indians and used as a slave, rather than about how she lived among the Indians as an equal. 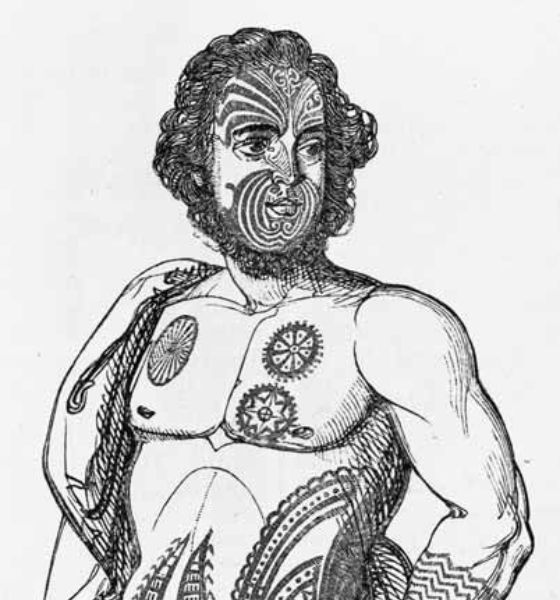 John Rutherford became famous in the 1800s after his travels in Great Britain, in which he displayed a large number of tattoos on his face and body for money and entertained listeners with his story. According to him, the whaling ship he was on board was wrecked off the coast of New Zealand and his shipmates were either killed or eaten by the New Zealand aborigines (māori). Rutherford himself was captured and forcibly tattooed with a chisel and shark teeth. After that, he was accepted as a member of the tribe, and later he even became its leader.

However, most historians consider his story fiction. False are his claims that he was a tribal chief, as none of his facial tattoos contain tribal affiliation. Also, most of the tattoos are Tahitian, not Maori. Rutherford, in all likelihood, deserted the ship and agreed to the tattoos himself, assuming this way to secure himself upon his return to Europe. Stories of this kind were very popular and widespread in those days, and they helped many a roguelike Rutherford to make a career. 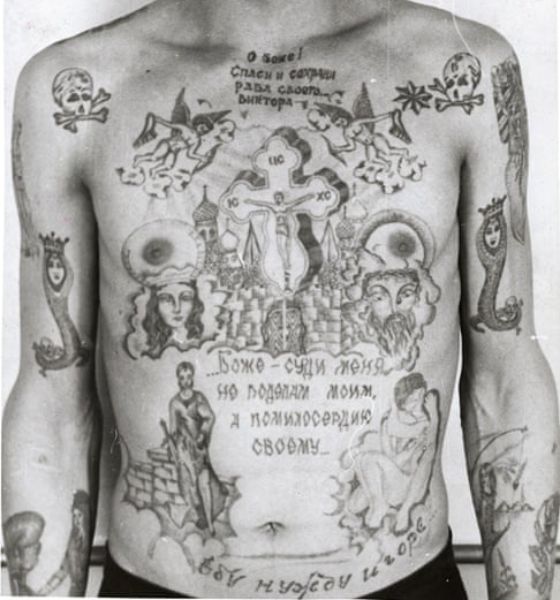 The Russian inmate tattoo system is one of the most sophisticated in the world. Prisoners in prisons and camps used them to protest perceived injustices of the state, demonstrate their status in the underworld, or simply express themselves. Tattoos among prisoners were so popular in Soviet times that there are even entire encyclopedias devoted to them. The forced tattoos of Auschwitz

In the Auschwitz concentration camp, prisoners selected for work were tattooed with registration numbers, to identify them in case of death or escape. A group of Soviet prisoners of war were the first to be tattooed in 1941, and by 1943 most of the prisoners at Auschwitz already had such tattoos on their arms. Jewish prisoners were often additionally marked with a triangle, and Roma with the letter “Z”, from the German word “Ziguener” meaning “gypsy”. The total number of registration numbers assigned to prisoners at Auschwitz was as high as 400,000. 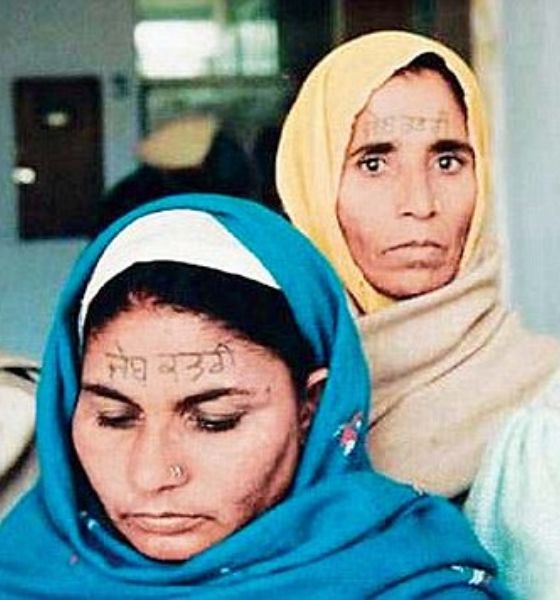 Victims of forced tattooing in the police

Fortunately, examples of mass forced tattooing are in the distant past. But in 1993 an egregious case occurred in India. Four women were detained by Punjab police on charges of being involved with smugglers who had attacked police officers. And while the women were in custody, the police had tattooed on the foreheads of each of them. However, this unpleasant story had a just ending.

In 1994, with the help of the Punjab leadership, the tattoos were removed through plastic surgery and each woman received 50,000 rupees. In addition, an Indian court in 2016 found the policemen guilty and sentenced each of them to prison for their “inhuman” act.

Bio: Rebecca Carter works as an essay writer for an online writing company that helps students with their writing assignments. Thanks to this company Rebecca can write articles about her experience. In her free time, she enjoys being in the mountains, going to the gym, horseback riding, and volunteering.