Why Do People Hate Tattoos

Home About Tattoos Why Do People Hate Tattoos 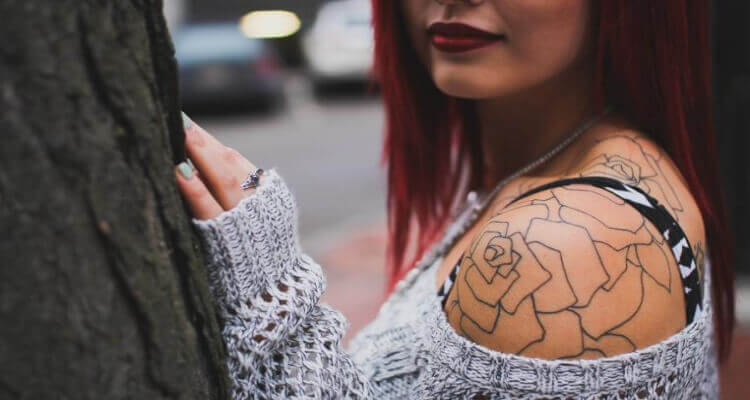 Why Do People Hate Tattoos

Tattoos were the mark of the brave until a few decades ago. Tattoos were proudly worn by bikers, punks, and other misfits in defiance of the ‘normals’ who ostracised them. We’ve reached a new, even wilder era of ink since the popularisation of tattoos in the 1990s: one in which everything that formerly made tattoos cool is now overdone, distasteful, and overexposed.

Tattooed skin may not appeal to everyone. Not everyone enjoys being trendy and prefers to be comfortable in their own skin. On the one hand, while the world embraces the art of tattooing, other people dislike it for various reasons. No harm is intended to anyone who enjoys the art of tattooing. However, it is always beneficial to consider the other viewpoint. The detractors could have valid reasons as well.

1. Lack of patience or even laziness

A tattoo is a patient art form. Not only the tattoo artist but also the client is asked to be patient during the procedure. People who lack patience may despise the prospect of being stuck in one position for hours while getting a tattoo. Aside from a lack of patience, some people are also too lazy. Forget about experimenting with their skin if they are too lazy to take care of themselves.

This isn’t simply something your parents tell you about tattoos. It’s backed up by statistics. In the past 10 years, profits from the tattoo removal business have soared 440 percent, up to over $1 billion a year in the US alone.

3. Unable to research about the shop or artist

While walk-ins are usually always appreciated, it’s still a good idea to go into a shop prepared. Even if you wake up one morning with an overwhelming desire to get a tattoo, take a moment to conduct some research online or ask your tattooed friends who they recommend. But don’t limit yourself to reading reviews. Look for evaluations that include photographs of the artist’s previous work.

4. Allergies and any medical history

Tattoos are also disliked by people who have valid reasons. It’s possible that they have sensitive skin or are allergic to tattoo inks. People who are allergic to tattoos should avoid getting one. They may not despise those who have tattoos, but they may be envious of those who do. Others have been advised by doctors to avoid body art because of their medical histories. Some people even have a medical history that prevents them from getting tattooed. Weak bone density, a history of accidents, severe allergic reactions, skin diseases, and other health difficulties are all common medical explanations.

5. The value of the tattoos have depreciated

The issue isn’t that everyone has tattoos; it’s that tattoos have lost their distinguishing feature: edginess. Now that middle-aged professionals, stay-at-home parents, and the rare grandma or grandpa are lining up for a quick tat, that tribal tattoo you’re considering commissioning isn’t going to get the reaction you’re hoping for.

6. Cost of the tattoo

Tattoos aren’t cheap, and they shouldn’t be. Many establishments offer set pricing that includes the cost of a new needle, ink, and labor. The greater the tattoo, the more expensive it is going to be. Many businesses charge an hourly rate. Before getting inked, it’s critical to speak with a tattoo shop and artist to receive an estimate on how much your tattoo will cost.

7. Tattoo is considered a taboo in some regions

In many regions, tattoos are still considered forbidden. Denmark, Sri Lanka, Japan, South Korea, North Korea, Iran, Turkey, the United Arab Emirates, and a few other countries are among the least tattoo-friendly. The majority of people despise the thought of getting a tattoo. Tattoos are not permitted in several religions since they are not a part of their culture or custom. Tattoos on the face, neck, and hands are prohibited in several countries, such as Denmark.

8. Worried about being judged

While you shouldn’t make life decisions solely on what others think, you should be aware that a tattoo may alter your image. If you are a sensitive person, this may influence your choice.

Some people despise the idea of being shot for medical reasons because blood and needles give them creeps. Their personality cannot bear the pain of tattoos. They don’t like to hurt themselves, and they despise the concept of having a tattooed. It is important to understand as the tattoo process could be painful at times.

Some people are committed to their relationships and will not go against their loved ones’ wishes. They will not get tattoos, but someone close to them or in their family does. It might be their partner, or there could be family limits. We won’t call this hostility; rather, it demonstrates that the person prioritizes his duties to his loved ones. That isn’t to say that tattooed individuals are averse to making commitments; they could be self-decisive, or their partner could be as enthusiastic about their trip as they are.