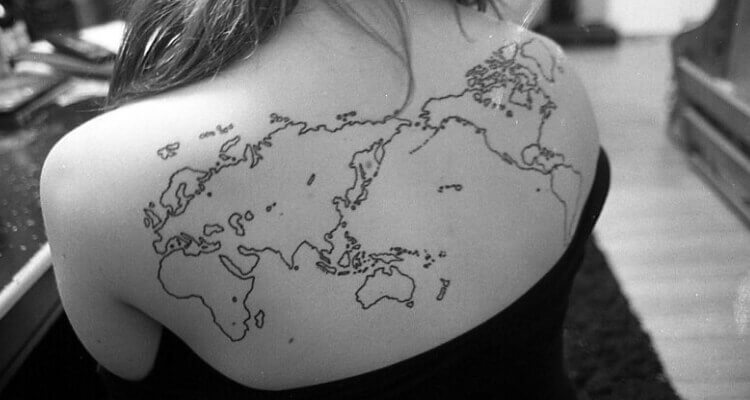 Love for the tattoo is growing; by and large, the majority of people worldwide are getting accustomed to body art. There was a time when tattoos were viewed as vulgar and garish. But today, they have become must-have fashion accessories that showcase sublime artistic abilities or some deep-rooted meaning. However, some countries are still not tattoo-friendly.

Here in this post, we are sharing with you the world’s least tattoo-friendly countries.

In Iran, both receiving and giving tattoo is illegal. Iranian government and leaders believe that the eye-brow plucking, spiky hair cuts, tanning beds, and the art of tattooing are all associated with devil-worshipping. This is why they have officially banned all of these practices in Iran. Iran is governed by Sharia law, with agencies expected to act on every individual case of violation in public life. And conservative Iranians see body art and other practices as a sign of Westernization that violates “the Islamic system’s regulations.”

Tattoos are legal in Turkey. Though Turkey is a secular country, the conservative Islamists within the government try to discourage tattoos. The number of people wanting tattoos is increasing in Turkey; these people, often young, consider body art to be a form of protest against the conservative government of President Tayyip Erdogan.

Now, tattoos are prevalent among secular urban youths in Istanbul and Ankara, but the moderate Islamist AK Party government chose to keep strong connections with its traditional religious base.

Danes were forbidden from getting their face, head, hands, or neck tattoo. But, the Social Liberal Party wanted to repeal this long-established law. Danes are allowed to get tattoos. Now, more and more people are getting tattoos in these areas or going to neighboring countries to get the work done anyway.

Tattoos are allowed in Sri Lanka; in fact, many Sri Lankans have tattoos. However, getting a Buddha Tattoo is not permitted, as it is considered an “insult to Buddhism.” In 2014, a British tourist was deported from Sri Lanka as she wore a Buddha tattoo on her arm. The moment she arrived at Colombo airport, she was arrested for “hurting others’ religious feelings.” Sri Lankan authorities regularly keep taking actions against perceived insults to Buddhism.

People in the UAE have tattoos. Of course, you will not be legally penalized for getting a tattoo in the UAE. Still, it is forbidden in Islam by a Fatwa issued by the Official Fatwa Centre at the General Authority of Islamic Affairs and Endowments. The art of tattooing is considered a form of self-injury. Also, the art of tattooing is socially unacceptable and uncommon among Emirati people. Besides, people with tattoos are not allowed to join certain establishments such as the army, the police, and some UAE airlines. So, the removal of a tattoo is a prerequisite to join these establishments.

There are no strict laws against tattoos in North Korea; however, they are subject to specific regulations and should have a reasonably ideological element. For instance, tattoos in North Korea must carry praise of the Kim family or a state’s teaching. Or tattoos must have a political purpose in them, like ‘Guard the Great Leader to our death’, ‘Defense of the Motherland,’ ‘We are the General’s offspring’, etc.

There are no strict laws against tattooing in South Korea. However, South Korean law states that only a licensed medical doctor can carry it out.

In Japan, tattoos are traditionally associated with yakuza organized crime gangs. Tattoos are not illegal in Japan, but being tattooed still carries a disgrace in some circles. Due to this, some places ban people with body art. Places like bathhouses, gyms, and even resorts have signboards telling people with tattoos that they are not welcome. Many bathhouses have relaxed their restrictions and started allowing people. However, they can only enter the place if their tattoos are hidden or covered with stickers.

The art of tattooing is illegal in Vietnam. Owning or operating a tattoo shop and having any body art is strictly prohibited in Vietnam. Having a tattoo will make you stand out in this country. Tattoos in Vietnam are still seen as being associated with a criminal element.

So, these are the 9 world’s least tattoo-friendly countries in the world. However, attitude towards tattoos is changing in each state. This means we may expect more and more people with tattoos from these countries in the future.