What Does the Bible Say About Tattoos?

Home Tattoo Artist What Does the Bible Say About Tattoos? 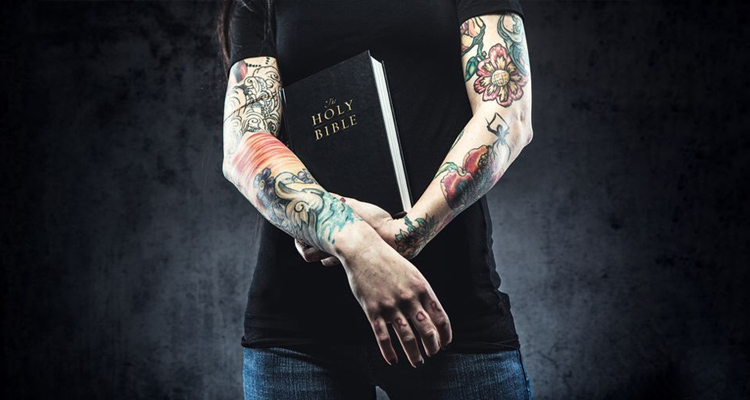 What Does the Bible Say About Tattoos?

With the rising popularity of tattoos in the western countries, there arises the controversies & confusion too associated with it. Well don’t scratch your head! It is the fact that a staunch Jesus follower is in the dilemma whether to go for tattoo or not?

Still in shock state thinking what has Lord Jesus, Holy Bible & Christianity to do with tattoo? Well, this platform for confusion has aroused owing to the Bible’s Testaments and its interpretation. Let us brief you in detail.

The Testament of bible (NRSV, Leviticus 19:28) mentions “You shall not make any gashes in your flesh for the dead or tattoo any marks upon you: I am the Lord”. Considering this as evidence a particular segment of people consider it as a proof which states that it is sin to have a tattoo as per the Christianity.

Also, Apostle Paul stated another verse in bible which again goes against the tattoos. It says:

“Or do you not know that your body is a temple of the Holy Spirit within you, which you have from God, and that you are not your own? For you were bought with a price; therefore glorify God in your body. (NRSV, 1 Corinthians 6:19-20)”

However, against it, a particular fraternity of people believes that the word tattoo entered the English dictionary in late 1700s.

So the reference made here cannot be related to the inked tattoos which are in practice and popular today. Again, they firmly believe that the desire of the god is not to get involved into the evil practice of tattoo which relates to harsh practice of slashing or cutting the body-part as ritual to mourn the death of god which was practiced by Canaanites.

Leviticus 19:25-31 contains a series of laws that prohibit various pagan worship practices supports this interpretation. So if we consider this, it’s not the superficial inking on the body parts but the ritual of marking and cutting the flesh associated with pagan worship was forbidden by the bible.

Also if we closely analyze Apostle Paul’s verse, we will get a clear interpretation that let us try our best for the peace and to mutual learning & do not destroy the work of God for the sake of food.
If a person eat anything that causes someone else to stagger, it is wrong. Hence again it has nothing to do with the self inking the skin.

Another mentioning related to tattoo is in Ephesians 6:1-3, a New Testament’s reiteration of the Fifth Commandment. It says, “If it is in rebellion to parents, it is clearly not acceptable,” clearly indicating that if the tattoo is done to show the rebel to thy parents, Christianity condemns it.

Though, the answer to the question of Christianity banning the tattoo widely depends on an individual perception and interpretation of the Bible verses, We are assure of one thing, that the Christianity does not favor the tattoo art if done with the evil intensions to drag one into slavery or the sacrifices!!