Geometric tattoos are contemporary tattoo art combining sharp lines and geometric shapes to come together and form a bigger pattern. A geometric tattoo is generally done with dark color inks to give the needed sharpness to its edges. One of the reason geometric tattoo designs are getting popular among tattoo lovers is the liberty it provides to the wearer, to try different designs by using balanced and definite geometric figures and lines.

While it is true that geometric tattoo designs are getting words all around the globe due to their innovative designs, but to get a great geometric tattoo you need to look for an expert tattoo artist because a single wrong flick can ruin the whole balance of the design.

As per some cultures around the globe the figure used in the geometric tattoos often have spiritual significance such as the tetrahedron depicts fire, a cube signifies the earth, an icosahedron signifies water, octahedron represent the air and dodecahedron represents the shape of a spirit.

Wolfs have admirable qualities such as loyalty; courage, fearlessness, intelligence, leadership, affection for family and power. Also, in some cultures they are associated with negative traits such as cunning, evil, unkindness and danger. But in other cultures, such as Japanese they are treated as angles, protector of children and human.

Irrespective of the traits you admire in a wolf and your reasons to ink this royal creature over your body, a geometric wolf tattoo will always, highlight and make your design more attractive and intense. No one can miss a blend of a wolf inked in geometric shapes and you will get the best of both worlds.

The tattoo designs often show wolfs howling, running or the close up of their ferocious face. Blended with sharp geometric edges makes them more appealing and irresistibly attractive.

What do you think is the result when you mix universal geometrical figures with an epitome of strength, power and leadership? Yes, you are right, an irresistible pattern you can never forget.

Now you can understand why geometric lion tattoos are so attractive and popular among tattoo lovers recently. A Lion possess traits all men have aspired since ages, he is brave, strong, royal and a true leader. Moreover, he is an epitome of courage, vitality, masculinity, glory and beauty.

While these traits make lion, tattoo designs a first choice for tattoo lovers, added with the precision and accuracy of geometrical figures makes it even more heart warming and a pattern seldom ignored. 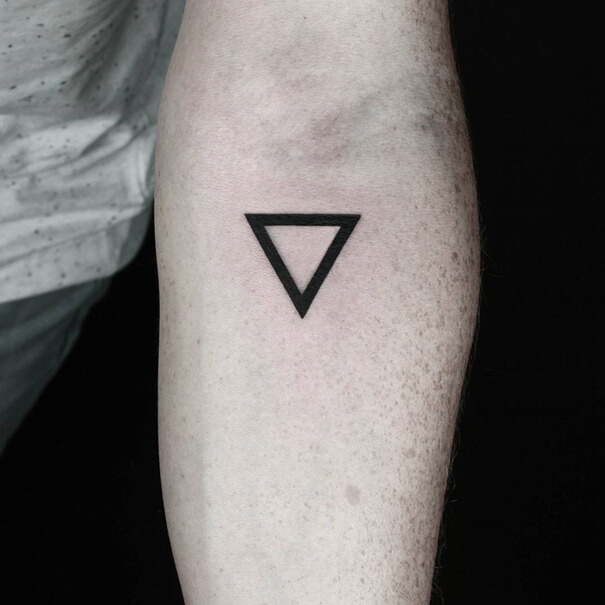 Geometric tattoos not only keep the traditional beauty and meaning of a tattoo, but, because it is created with modern style and patterns, using precision and accuracy, makes the tattoo more beautiful. Hence, are extremely popular among young tattoo lovers including both men and women.