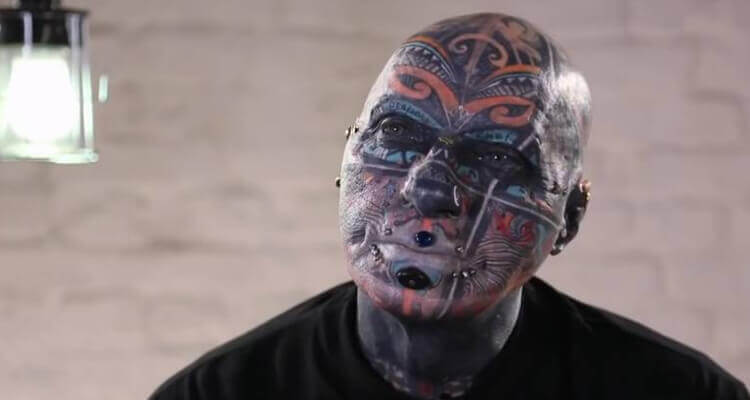 Can you think of having your entire body tattooed? Not really……. I know most people will think this way only. However, there is someone who got his body tattooed all over, including his face, arms, legs, torso, even his eyes, and lips – almost everywhere. I am talking about Wolfgang Kirsch, popularly known as Magneto.

Wolfgang Kirsch is a 72 years old post office pensioner from Germany who has nearly 98% of his body inked. The German man has even made the record for being the country’s most tattooed person. Apart from this, he is also the man with the most tattoos over the age of 70.

More often than not, people wish to have one or two tattoos over the course of their lifetime. Some people, like celebrities, sports personals, etc., even go for more tattoos than one. But Kirsch has got almost every part of his body, even his eyes and lips tattooed. The only part that he hadn’t got tattooed yet is the soles of his feet.

The reason why Wolfgang gets his 98% body tattooed is also very interesting. The 72-year-old is a retired post office worker from Berlin. While working as a post office worker, he couldn’t get his tattoos. In fact, people in East Germany considered tattoos bad, and for postal workers, it was no less than a dream. 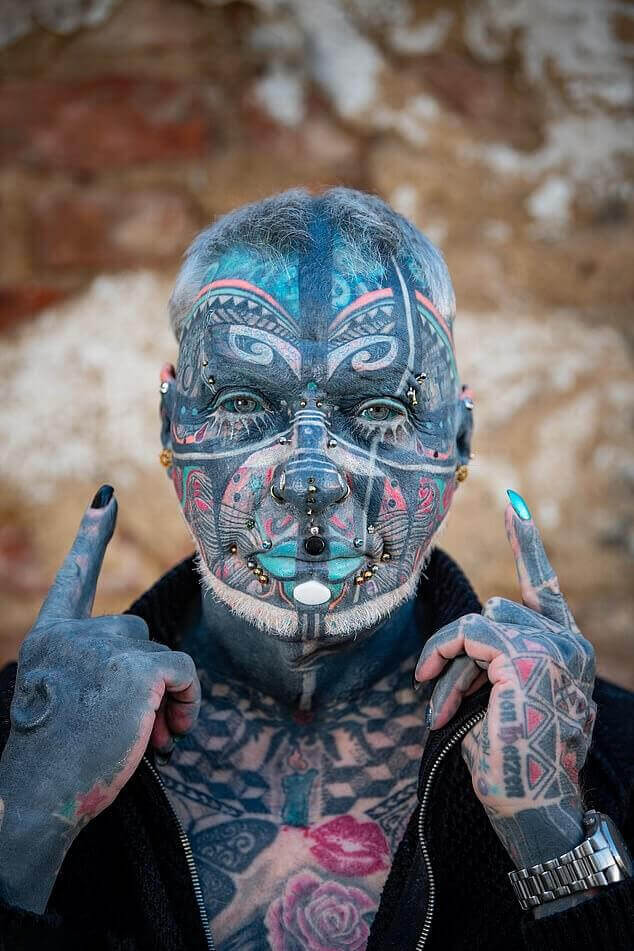 It took Magento more than twenty years to achieve his current status, and he doesn’t regret it at all. He has been getting tattoos for the last twenty years and is officially Germany’s most tattooed man. He got passionate about tattooing only after the fall of the Berlin Wall in 1989.

In a statement, Kirsh said, “In the GDR, tattoos were frowned upon and unthinkable for employees at the post office.” He got his first tattoo at the age of 46, in which he had tattooed a tear under his eye. And after that, he continued to get his arms, face, back, and various other body parts inked.

You must have seen people getting one or two tattoos that could be their names, initials, quotes, symbols, or anything else that make them happy. But Magento, who always wanted to stand out in the crowd that made him get 98% of his body inked. 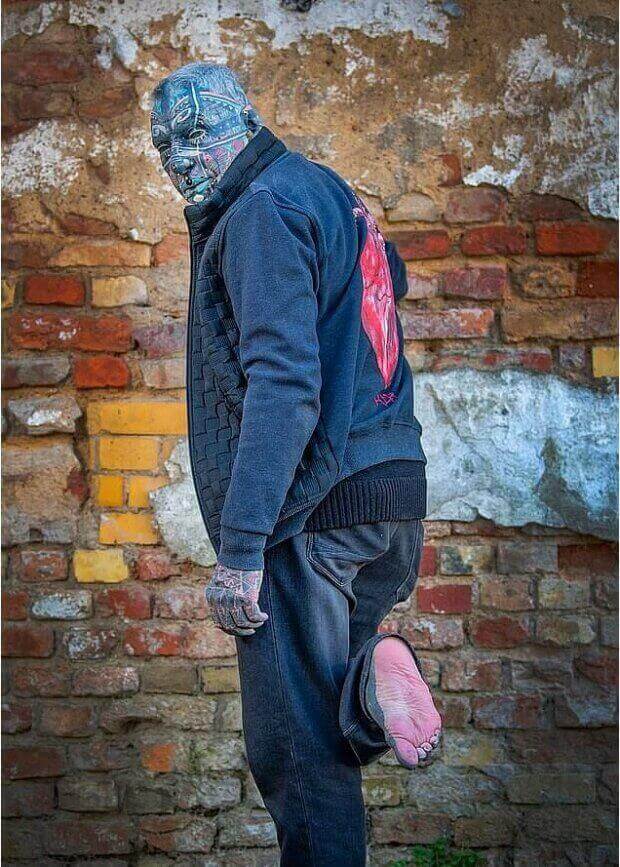 Kirsch does not wear ten or twenty tattoos on his body; he has got 86 tattoos. Apart from this, he even has 17 implants under his skin. He has tattoos on his arms, head, face, legs, eyes, and lips—everywhere except for his feet’ soles.

He even nicknamed himself Magneto, as some of his implants are magnetic. Often Kirsh attracts small metal objects like paper clips to his skin.

Getting a tattoo is not only an expensive affair but also it is very painful. It’s not easy to go through the pain that comes with a tattoo procedure. Some people even find getting a single tattoo tough; hats off to Magneto. He spent 720 hours of his life on his tattoo sessions. And for his tattoos, he ended up paying more than £21,500 for his transformed tattooed body. Kirsch has undergone around 240 sessions for his tattoos.

As a matter of fact, he has even got his eyeballs tattooed black. In his body, only the soles of his feet are not tattooed. Kirsh said, “People on the streets ask him for pictures and autographs.” These days Magento is called upon for modeling and photo shoots.