How Many Needles Does a Tattoo Gun Have?

Home How Tattoo How Many Needles Does a Tattoo Gun Have? 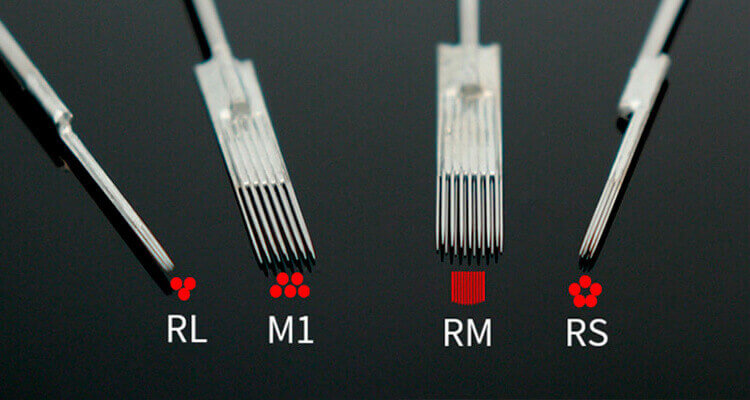 How Many Needles Does a Tattoo Gun Have?

A tattoo machine, also known as a tattoo gun is a hand-held device which is used to create a tattoo, a permanent artwork on the skin with indelible ink. Tattoos have been a tradition for centuries, across the globe. There are many different forms of tattoos styles and methods. Traditionally, Samoan and Thai techniques were used to etch a tattoo onto the skin. These techniques were not so effective. In the traditional techniques, a single needle shaped thing made with a thin stick of bamboo was used to inject the ink into the skin. The process was very slow as the tattooist could only make one strike at a time, which made the whole process ineffective. Modern tattooing techniques on the other hand are very effective. Today tattoo machines or guns are very effective, they come with rapidly moving needles. In modern machines it is easy to adjust the depth of the needle, which was not possible with the traditional tattooing techniques. More often than not, older techniques used to result in scarring because of the less consistent depth of the needle. 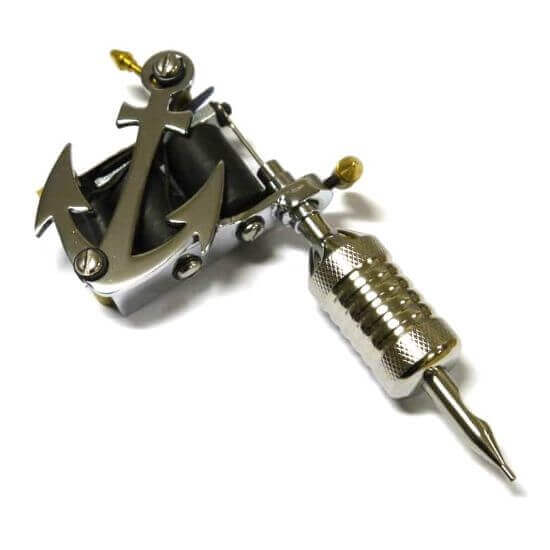 Also Read: How Profitable a Tattoo Shop Is?

There are many different types of needles available from magnum to bugpin. Each needle serves a different purpose. Also, not all the needles are used at the time. The use of needles primarily depends on the artwork and its placement. Tattoo machine needles come with codes and labels, which is important for a tattoo artist to understand. Without their thorough understanding, it is very difficult to further the process.

Each needle code pinpoints the different aspects of the specific needle. More often than not, it refers to its diameter, needle count and group format. At first, these codes may appear like some random numbers and letters, but gradually you will get the understanding about these codes. As these codes are important because they help you have all the required information that you need. The amount of needles depend on several different factors, such as: Intended purpose, Groupings, Needle grouping, Desired effect, and Understanding of Needle Codes.

As said earlier, each tattoo gun needles comes with code, this code is a combination of numbers and letters. For instance, 1209RL means a 12 gauge, 09 Round Liner Needle. The 09 in the code means 9 needle counts or 9 pins that are used to make a round grouping. The letters at the end of the code refer to the grouping of the tattoo needles.

Different Types of Needles Used in a Tattoo Machine or Guns

The round liner needles are identified with code RL at the end. The pins on the round liner needles are soldered in a round pattern, thus the name. More often than not, these needles are used to create crisp, clean lining tattoos. However, the thickness of the line depends on the number of round liners a tattooist chooses. For instance, number 01 will produce a very fine line, while 14 will create a very thick line. Besides, the thickness/gauge of each pin will also define the thickness of the line. Round Liner needles are used to create Dot work, Geometric Patterns, Tribal Artwork, Samoan Style Tattoos, All lining work both bold and intricate, Script and lettering, Traditional and Neo-Traditional Tattoo Works.

Round shaders are more or less like round liners. The only difference is the pins are not placed closely, which makes it easier to etch thicker lines, fill colors and do a basic shading. The Round Shader needles are used for Thicker Line Work, Basic Shading, Filling Colors, Making Geometric Patterns, Japanese Designs, Traditional and Neo-Traditional Tattoo Designs, Samoan Script and Lettering, etc.

Maximum shading work is done with Magnum shader needles. This is in fact, one of the most preferred grouping or needle types for all kinds of shading work. The reason behind it is – Magnum Shader needles hold and deliver a lot of ink, which make them perfect for coloring and shading large-sized tattoos. Magnum shader needles come in different variations. More often than not, these needles are used for all types of shading and coloring work, Black and Grey Tattoos, Samoan Tattoos, Color Realism, Colorful Tribal Tattoos, Japanese Tattoos, Traditional and Neo-Traditional Tattoo Work. 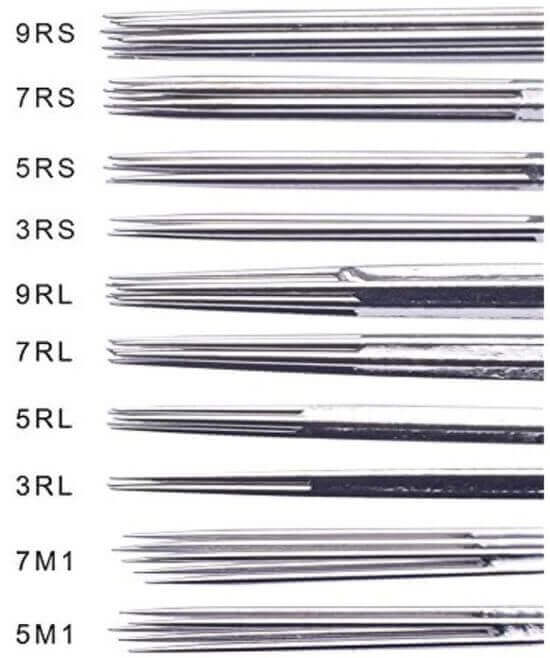 The first two digits in a needle code refers to the diameter of the needle. This means that a 1209RL tattoo needle has a #12 or 0.35 mm diameter. The higher the number, the larger the diameter of the needle will be. Understanding diameter is important, as it determines the flow of the ink. The narrower the needle, the more control the tattooist has over the flow of the ink. #10 or 0.30 mm needles are the most commonly used needles for line work because of the accurate thickness these needles offer. While, needles smaller than #10 make it more difficult for the tattooists to draw smooth lines. Smaller needles have a more constricted ink flow. On the other hand, with larger needles, like #12 and #13 and above it becomes difficult for the tattooist to control the flow of the ink.