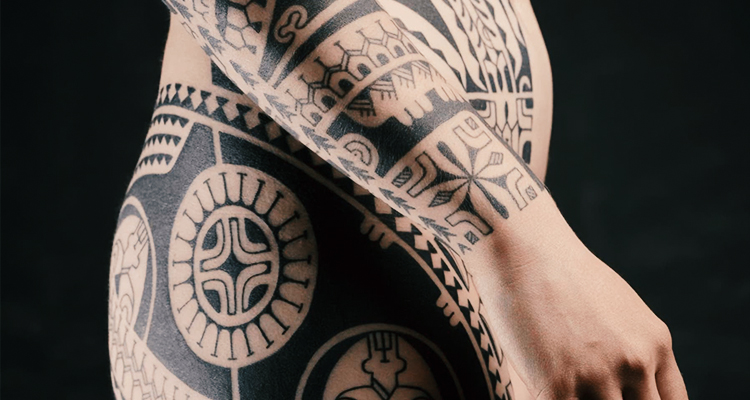 Neo-traditional tattoos are there with us from centuries, continuously evolving and getting its influences from different art movements. It is an inspiration from the east, influencing the minds of western culture. 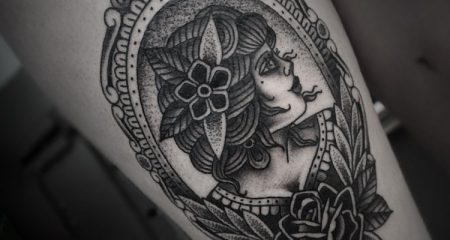 They are striking, bold, and vibrant. Neo-traditional tattoos are certainly awesome tattoo designs. They are close to nature, and often depict emotions across all mobile living beings.

Gaining influences from many other tattoo art movements, the tattoo artists have brought awesome transformations in the Neo-traditional tattoo designs. 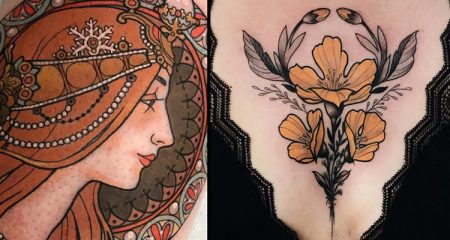 Among the many, the most influential art form to the neo-traditional tattoos was the Art Nouveau and it’s beautiful artistic designs, collaborating with Neo-traditional impactful patterns, to bring out awesome tattoo designs as the end result.

The Art Nouveau has part of its roots in Japan and the influence of Japanese art on the western minds, giving rise to totally new tattoo patterns, which eventually grown up to the modern Neo-traditional designs we know today.

In the 19th century, when the relationship of Japan and Europe started to get better, two totally different cultures came in contact, and eventually both of them influenced people on both sides.

The Japanese culture not only influenced western tattoo art but it also made its appearance in other art forms, and the work of western artists, including many tattoo masters.

You can easily observe the influence of Japanese culture in the art of various artists such as Degas, Van Gogh, and Monet. They used their inspiration from the east to bring artistic changes in their imagination.

The beautifully designed kimonos and colorful fans are some of the major figures, used by European artists to depict the thoughtful Japanese culture. Suddenly the European culture again got lit, with the introduction of Japanese twist in it.

Japanese art is full of colorful and joyful patterns. The Japanese tattoo art always kept nature at the center of its charisma and elegance. With the European twist, it is stealing hearts for centuries.

During the initial nineties, the Art Nouveau was at its prime. It is the period where the patterns of Japanese culture were influencing the European tattoo art the most.

Not only in the tattoo designs but also the latest architecture of that time, can be seen under the influence of eastern culture. Union of cultures is a great thing; it brings out something beautiful and new every time.

The beautiful, crisp, and impactful designs, made in a frame, highlighted with clear lines, and an atmosphere full of nature. The neo-traditional tattoo designs got beautiful floral and natural patterns from the east. Making it more striking and appealing.

The beautiful results of the eastern influence on the art movement can be seen in “The Peacock Room”. With the beautiful infrastructure all around the art pieces, and patterns of gowns and floral outings, with an essence of golden and dark green color shadings.

The most significant contribution to the Art Nouveau can be seen through the work of Mucha and Beardsley. They inspired many modern times artists as well. The impact of their art forms can be seen in the Neo-traditional tattoo designs, too. 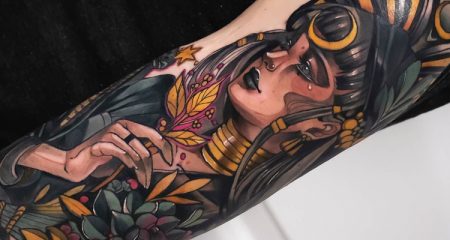 After the influence of Art Nouveau, the next art movement which influenced the European artists was Art Deco. It brought a totally new transformation in the designs of The Neo tribal tattoo designs.

The world was suddenly lit, with Jazz. There was a blast of new and creative art forms, among the younger generation. Western people were painted with the eastern colors, and along with the sprinkles of African and Egyptian magnetism. There was a new art revolution going on.

All these new influences added a great twist to patterns of Neo-traditional tribal tattoos, but the original patterns are still very appealing and thoughtful. No matter, what you try in the Neo-traditional category, it is always a great tattoo design.

Today, the neo-traditional movement has evolved to breathtaking patterns, they are bold, colorful, vibrant, and impactful. Keeping a close connection with nature, and its creatures, the Neo-traditional tattoo designs are filling people with joy and admiration.

If you want to convey deep messages, through impactful and simplistic tattoo designs, the Neo-traditional tattoos are an awesome choice to go for. Color yourself with beautiful and astonishing colorful patterns of Neo-traditional art movement.

There are no restrictions on the place you want to have your Neo-traditional tattoo design. You can have it on your chest, shoulders, arms, forearm, wrist, thighs, back, anywhere you want, and you will just love it for sure.

Neo-traditional tattoo art is the modern evolved form of Neo-traditional tribal tattoo patterns, keeping their deep connection with nature, intact. And, embedding it with beautiful and stylish patterns, making them very popular among this modern generation.

Time has always moved on; civilizations and culture came and fade. But, few of them got evolved with the freedom-seeking sentiments of the next generation and became perennial. The Neo-traditional tribal tattoo art is also one of such cultures.

It has evolved with time, and allowed new art movements to influence it, and bring out totally different and appealing patterns. Color yourself with this ancient yet modern art form. Neo-traditional is the cool vintage, this the best thing anyone could be, Cool-Vintage.