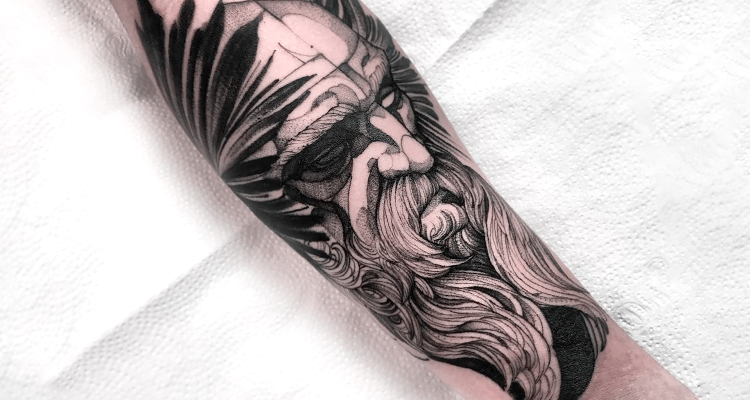 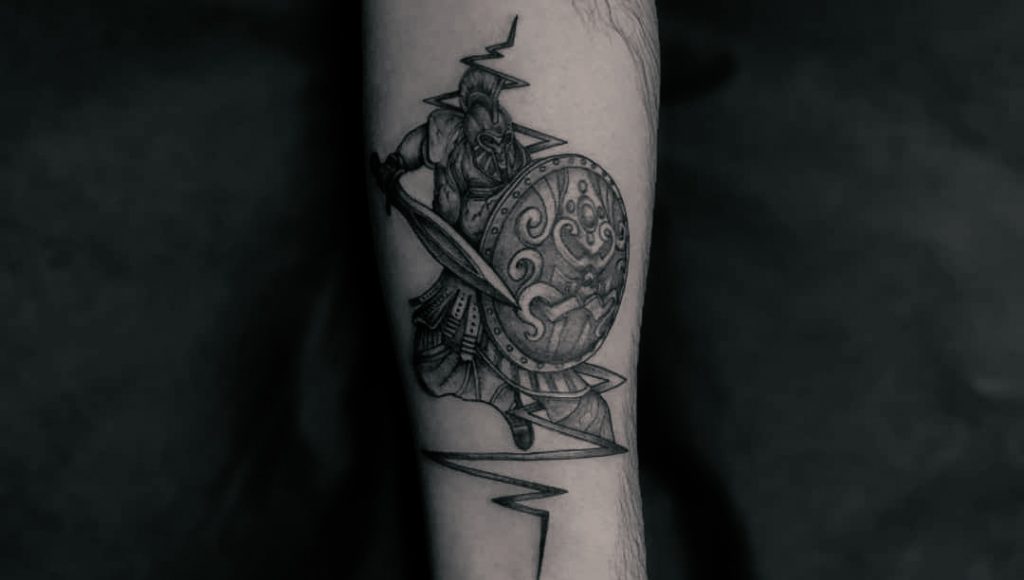 Spartan tattoos representing the Spartan state of ancient Greece are the popular tattoo designs. The Spartans the most looked upon people. They are not only the most fierce army warriors but are also the most learned ones who valued education and were the supporters of democratic government. The Spartan are remembered for the valor they showed in the battle of Thermopylae though they lost the battle. The Spartans’ all-round characteristics of gallantry, literacy, astuteness, obedience & freedom of thought inspire people to get the Spartan tattoos. Inking shielded warrior, a helmet, Lambda, A long spear are some of the famous Spartan designs. 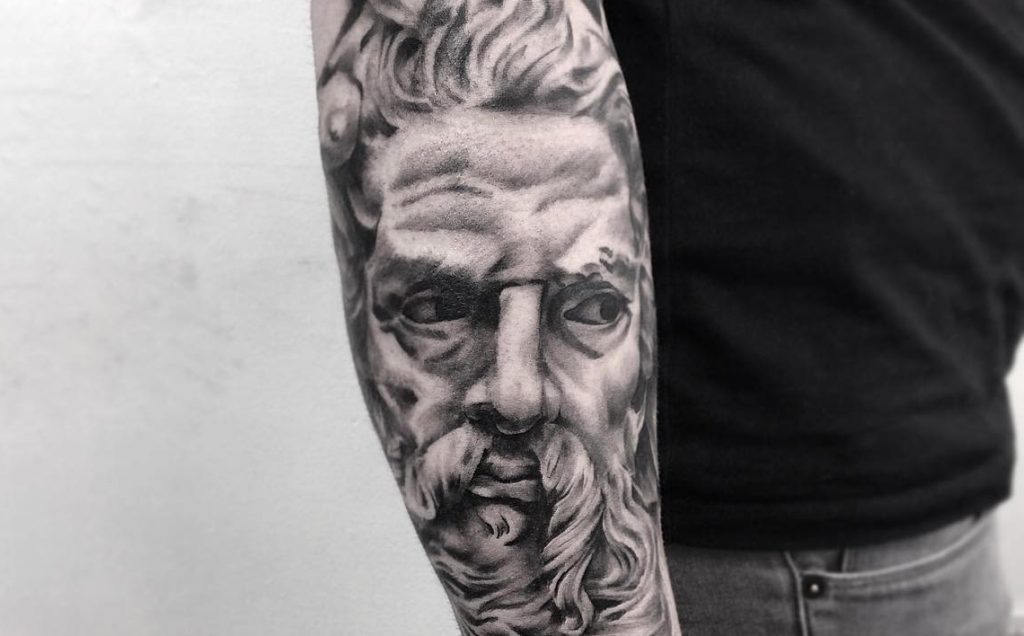 The Greek culture has a major impact on today’s modern civilization. It has predominantly rich associated mythology with numerous gods and goddess who are bowed down for their supreme powers. Greek tattoos are extremely complex with minute detailing from art point of view. Some of the famous Greek tattoos are Apollo-the God of medicine, Hera-the Queen of all Gods, Athena-the Goddess of War, Arachne, Centaur, and Chimaera. The most popular one is the Famous portrait of Achilles of Trojan War. 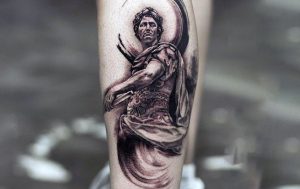 Ancient Rome was substantially magnificent from art, culture and monuments point of view. There are many symbols which are even popular today for tattoos. They are Minotaur (Part man and part bull like creature), Mano Fico(Vagina hand), The Asclepius wand(Symbol of rebirth & Fertility), The knot of Hercules(Two interwined ropes – symbol of love and marriage), Fasces, Bipennis, An olive branch, The Law of three represented by three intersecting Circles, etc. And when the Roman Mythology is considered, The Symbol of Caduceus (symbolizes good conduct & moral equilibrium) is one of the most asked tattoos. 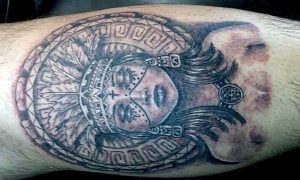 The Aztecs of Ancient Mexico were the nature lovers and they represent the culture and inhabitants of ancient civilization. Some of the most common Aztecs designs or symbols famously considered for inking are: The Sun, Jaguar (Symbol of the Aztec Elite Warriors), Aztec warrior, Dog (Guided To The Afterlife) Owl (A Bringer Of Death), Monkey (Symbol Of The Calendar), Eagle (Symbol Of Power), butterflies, Calender stone, Atlatl (Spear Thrower- Symbol Of Warfare And Magical Power) etc.

People widely used various symbols in their daily lives for various purposes in Norse or Viking Cuture. And these symbols are popularly used as tattoos today. The symbols are Vakut (God of death & war), Svefnthorn, Huginn and Muninn (The Twin Ravens of Odin), The Web of Wyrd, The Matrix of Fate (Also Known as Skuld’s Net), The Troll Cross, Gungnir (The Magical Spear of Odin) Mjölnir (The Hammer of Thor) The Horn Triskelion (The Triple Horn of Odin), Vegvisir (The Viking Compass), Aegishjalmur (The Helm of Awe and Terror) etc.

Go ahead with an Ancestry tattoo & take pride !!